TREK have released their newest line of bikes for 2023, the Generation 4 Domane and the Generation 6 Fuel EX…Let’s take a deep dive into the upgrades and new additions to the line!

The news is out! Last week TREK released a couple of their newest bikes for 2023, the Generation 4 Domane and the Generation 6 Fuel EX. In the last blog we showed you TREKs 2023 Madone and Fuel EXe, which took the number one and number two spots on our Top 3 2023 upcoming bikes at Team Cycles. These bikes have propelled the bike industry to another level, and I feel that the new Domane and Fuel EX are also on the same level of ingenuity.

Now if you didn’t know already, the Domane is a great hybrid bike, not in the sense of being a “hybrid bike” but more along the lines of how versatile this bike can be when upgrading the spec and altering certain components to fit the needs of its rider. For example, the forks on the Domane have enough clearance for up to a 38c size tyre, so should you wish to put a chunkier tyre on, it will give you that little bit extra freedom to explore those hard-to-reach locations. It also comes with internal downtube storage, hidden mudguard mounts and a new top tube bag mount which gives riders the option of a sleek aerodynamic ride or to be able to fully kit it out with even more storage for those long day treks…….see what I did there?….treks…..TREK……no? Oh well.

Keeping on the topic of versatility of components, TREKs Generation 4 Domane brings us a couple of noticeable changes as well as a few hidden alterations compared to its predecessor. The most noticeable change to the 2023 Domane is the addition of an integrated stem which allows cables to be routed internally, allowing for a more aerodynamic ride. The integrated RCS Pro Blendr Stem on the new Domane comes in a broad selection of sizes and degree of angle, these vary from 60mm to 130mm in length, in increments of 10mm between each variant and depending on what length you wish to go for, you also have two options of either a +7 degree or –7 rise. Now given that the previous generation of Domane had a non-integrated stem and didn’t have the option to change the degree of rise when you bought the bike, I feel that this is a nice little upgrade from TREK to allow its riders more freedom from the get-go and gives them the opportunity to slightly adjust their bike before they even step on the pedals.

The other difference that you can see on the newest generation Domane is the ever so slight change on its back end. It’s the seat post…! This new Domane has a bit of an Emonda feel to it when looking at its derrière with its reduced seat tube length but unlike the 2023 Madone, TREK have kept the ISO Speed on the back but have taken it away from the front…what do you think about this? I would also assume that, if you’re someone who loves the grams, the reduction of frame weight at the seat tube and the change of stem will probably be the reason this bike weighs around 300g lighter than its older version.

With these changes to the Domane it feels as if TREK have used this as sort of their “test subject,” sort of like a hybrid between their Emonda and their Madone – Could TREK be using this to extend their knowledge on what riders go for when choosing their bike, given the on-road and off-road uses of this model? It also had a good variety of colours to choose from, such as Deep Smoke, Juniper Green, Crystal White and their trademark Smoke Fade colours with the option to get Metallic Red Smoke to Blue Smoke Fade and Metallic Red Smoke to Red Carbon Smoke.

Up next is a total off-road animal, the Generation 6 TREK Fuel EX which also comes in a cracking array of colours, some are limited to certain models, however don’t let this put you off. The colour to spec variation on this generation Fuel EX guarantees that there will be a bike combination for you!

The 2023 Fuel EX comes in a variety of specs, however all variants have a dropper post as standard which is helpful, given that on a lot of full suspension bikes you would have to fork out more money to upgrade it. All the Fuel EX’s are available in sizes from XS to XXL, the XS and S sized bikes are fitted with a 27.5” wheel and the sizes above this are fitted with a 29” wheel. However, TREK understand that on smaller bikes, people still like to run 29ers which is why they also offer a 29” wheel on their S sized bikes, unfortunately if you need an XS sized bike, the only option you have is the 27.5” wheel.

One more thing that comes as standard across the Generation 6 range is the addition of a new adjustable headset at the front and a flip chip at the rear shock, this allows riders to fully customise their riding position and style, depending on what type of riding they do. The new style headset lets riders go a degree slacker or a degree steeper at the headtube and with having the flip chip at the rear shock, it allows riders to adjust suspension progression. Out of the box it arrives in the softer setting but can be easily flipped around to the more progressive setting to get more bottom out resistance for the more aggressive trail rider who loves the big jumps. This ability to adjust the geometry of the bike gives you full control on how you want your bike to feel.

The entry level models on the Fuels are fitted with a combination of Shimano components, for example the lowest spec Fuel EX 7 is fitted with a Shimano SLX shifter and Shimano XT rear derailleur but is also fitted with Shimano Deore Cassette and Cranks, which to be fair is not something to be ashamed of! Albeit there are better options of spec on the more expensive models, Shimano are such a good brand that they make components that are built to last, though the lowest spec model is a decent grab should you not wish to fork out a few extra thousand on the higher spec models.

The top spec Fuel EX however is an absolute beast, the Fuel EX 9.9 XX1 AXS comes fitted with the shock stopping FOX Factory 36 air spring forks with 150mm travel and fitted with a FOX Performance Float X rear shock. This bike is built to satisfy those riders with the finest taste, it pairs together an all-mountain trail capable carbon frame with the finest components you’ll find on a modern mountain bike…The top tier group set on this bike is second to none, it is built the same as it’s electric brother, the Fuel EXe, with its wireless SRAM XX1 AXS shifting and it’s glorious 12 speed SRAM Eagle Cassette and Chain.

Given how versatile both these bikes are there seems to be a clear correlation between a lot of TREKs recent releases and that is giving the rider full freedom to customise their bikes to how they want to ride them and ultimately this is what riding is all about. The connection between the rider and its bike is a fundamental step to get right as this creates a relationship between the bike and its rider. At the end of the day, if you don’t like riding the bike, you aren’t going to ride it…TREK want you to get out there and enjoy riding and looking at the Domane and Fuel EX, they seem to be heading in the right direction.

…and as always, if these two machines don’t cut it for you, there’s a Marlin out there somewhere, screaming to be yours! 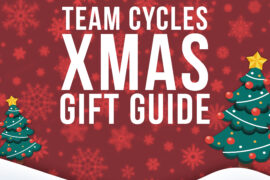 Looking for some Christmas gift inspiration for someone who is cycling mad? 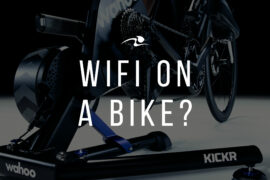 A bike with Wifi? …Seriously? 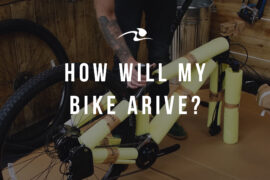 How Will My Bike Arrive? 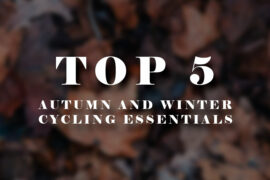